Jack commissioning his first inspection, circa 1994.

Jack Brunson has been in love with music his entire life.

Jack Brunson’s house was filled with music as a child — his mom played the piano and his dad would entertain family gatherings with renditions of John Prine songs played on his 1982 Alvarez Yairi. His musical career started as a hobby around the age of 13 after a quick guitar lesson from his father. Shortly after learning to play guitar, he started playing retired YMCA gymnasiums and “hall shows” with his friends near his home town of Mayfield, KY.  His first bands, Thicker Innocence & Fahrenheit 514, were horrible by his own admission — but hey, everyone’s first bands are bad.

In the early years, Jack and his friends could only afford cheap instruments. If there is one thing teenagers are short on, it’s money. Thus, Jack’s passion for gear repair was born of necessity. When his Squire Strat or P-bass broke, there was no “taking it to the tech.” He was left to his own devices to get his gear up and running, and hopefully before the next show.

“I had to become the tech,” Jack says. “Luckily I came of age with the internet, so I was able to figure out most fixes on my own. My earliest fixes were pretty primitive and meant to be temporary, usually including a lot of electrical tape. I remember once, I even fixed a solder joint on my high school’s trashed Kustom Kasino strat copy with chewed bubble gum because I didn’t have a soldering iron at the time. Surprisingly, it held for three months…luckily my skills have gotten MUCH better since then.”

By the end of high school, Jack was making extra money fixing guitars on the cheap for his friends and classmates. The prototype of Guitarcheology was born.

In the summer of 2010, Jack moved to the Nashville area to attend Middle Tennessee State University. School work, delivering pizzas, shows and “the scene” took up a lot of his time, and Jack found himself working on guitars, short of his personal guitars, very little for those four years.

However, there was still plenty of playing. During the course of college Jack played bass in Uncle Skunkle & The Scarecrow Family Band, Pig Party, Badge Collector, Parasite Diet & numerous cover bands. Jack became a regular in the Murfreesboro house show scene and at larger Nashville venues.

In 2014, Jack Brunson graduated from MTSU with a Bachelor of Science in Recording Industry with a concentration in Music Business. 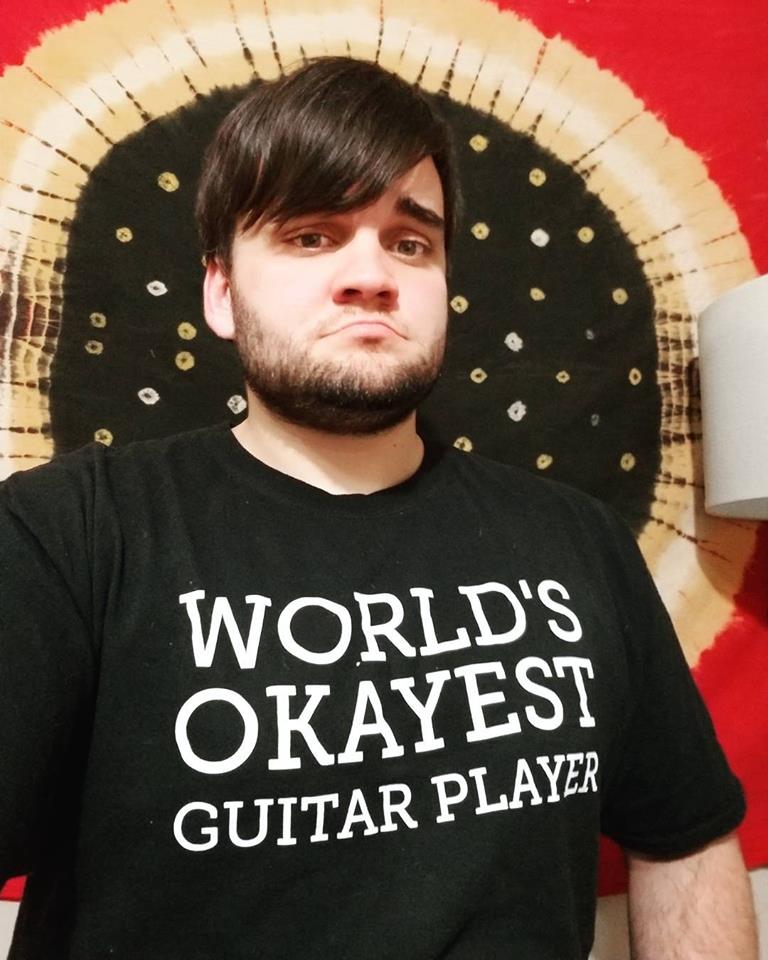 FINALLY, truth in advertising. Circa 2017

Getting a REAL Education

After college, Jack was left with the “Well, what now?” feeling that a lot of college graduates have after they turn the tassel and collect their diploma. After a couple months of collecting his thoughts, he began a job hunt.

In July of 2014, Jack found an opening at Guitar Mill & Mario Guitars. Two businesses operating under the same roof, Guitar Mill makes replacement guitar bodies and necks for hobbyist builders and OEM manufacturers, while Mario Guitars is a boutique line of vintage re-creation “F-Style” guitars. The helm of both companies is held by master luthier Mario Martin, who is heralded for his attention to detail, vintage-correct nitrocellulose finishes and hyper-realistic aging.

Though Jack was mostly confined to the business side of things, everyone at Guitar Mill was crossed-trained. He quickly picked up an education you can’t get with student loans — an in-depth knowledge of vintage guitars, guitar parts and the ins-and-outs of luthiery. On any given day, Jack might be working on the social media presence, assisting customers or working with dealers, making guitar body blanks, sanding, grain-filling, assisting in R&D, developing sales & promotions, shopping guitars or some days, just cleaning out he air filters and getting covered in sawdust.

“Honestly, just being around Mario is an education in of itself.” Jack admits, “I would stake my name on saying he makes the best electric guitars being made in the world today.”

As of July 2020, Jack still works part-time with Guitar Mill & Mario Guitars, helping with both the business side of things, and also some “dirty work.” He has been with the company for 6 years.

In July 2016, Jack took $500 and bought a few broken guitars with the intention of honing his craft for guitar repair. After the work was done, he started an account on Reverb.com, sold those guitars and doubled his money. He reinvested that money into more broken guitars, and did it again, and again and on the cycle went.

“I admit, at first, Guitarcheology was just an excuse to buy whatever gear I wanted and practice piecing them back together,” Jack stated, “but I had no idea how lucrative this would be. Within the first year, I was making more on Guitarcheology than I was on my paycheck. Besides, I love the work — some people build model airplanes or do jigsaw puzzles, I like to piece guitars back together. It is my therapy.”

Jack found his niche, however, in buying and selling what he likes to call “dimestore” guitars. These were made mainly in Japan and the US to be sold in department stores and catalogs such as Sears & Roebuck and Western Audio.

“At first, I had a hard time keeping everything straight. I’d have to Google every single guitar that came through.” Jack says, “But now, through first hand experience, I could tell you the difference between a Teisco, Kent, Norma and Decca — even though they were all made in the same factory. Same goes for Airline, Harmony and Silvertone, if you handle enough of them, you start to appreciate the nuanced differences.”

To date, Jack Brunson has bought, repaired and sold over 1200 guitars from vintage to modern and received more than 750 positive reviews. With each guitar, he has honed his skill to handle repairs ranging from changing the pickups in cheap Strat® copies to a full restoration on a 1949 Gibson J-series acoustic, from rats’ nest to playable.

“The business took off faster than I ever would have imagined,” Jack admitted, “and I have no intention of slowing it down.” 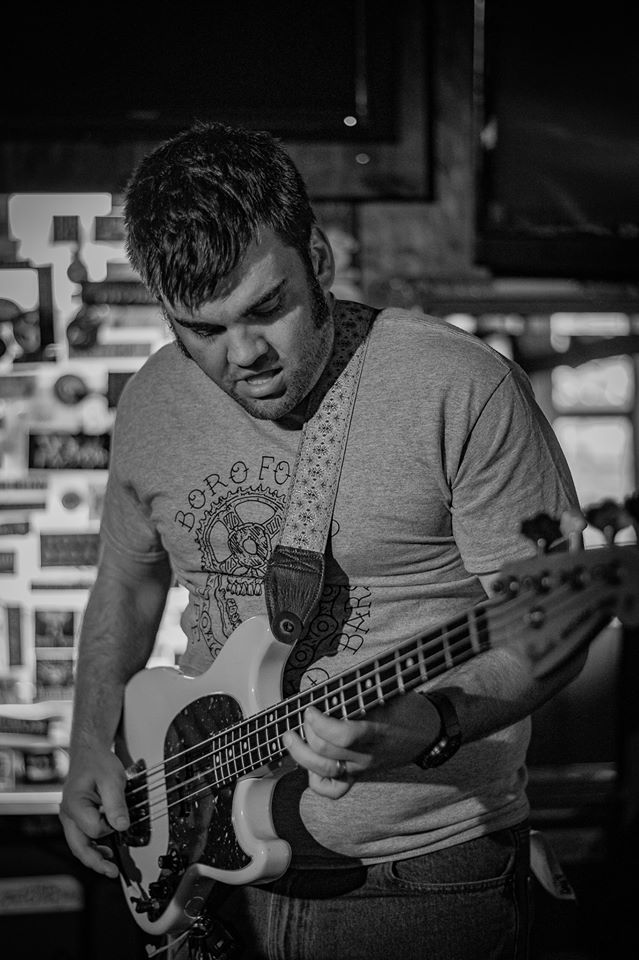 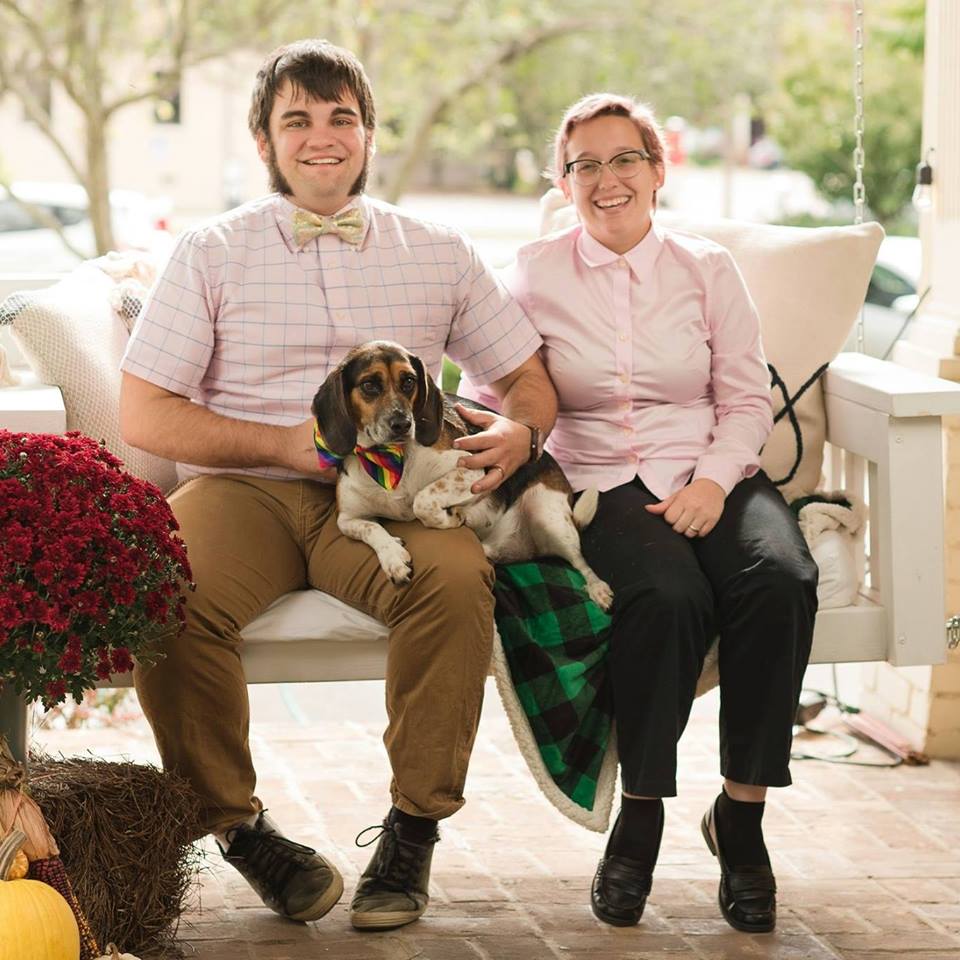 Guitarcheology started out in a spare bedroom in a 900 sq. foot house. Now, Jack has a dedicated 650 sq. foot shop located on his acre property just for his Guitarcheological work.

Jack remains active in the Nashville and Murfreesboro music scenes. He currently plays bass in These Heathens (Uncle Skunkle), Toxic Culture and Big, if True.  He also plays guitar and sings in his band, Casual Sects, and is on the planning committee for Boro Fondo Festival, a non-profit music festival in Middle Tennessee.

When he is not playing guitars, going to concerts or working on guitars, Jack enjoys hiking, spending time with his friends, playing Nintendo 64 and taking trips with his beloved wife, Jayme.

I love talking to gear heads. If you have questions or comments, please Contact Me and tell me what I’m doing right or what I can improve on.