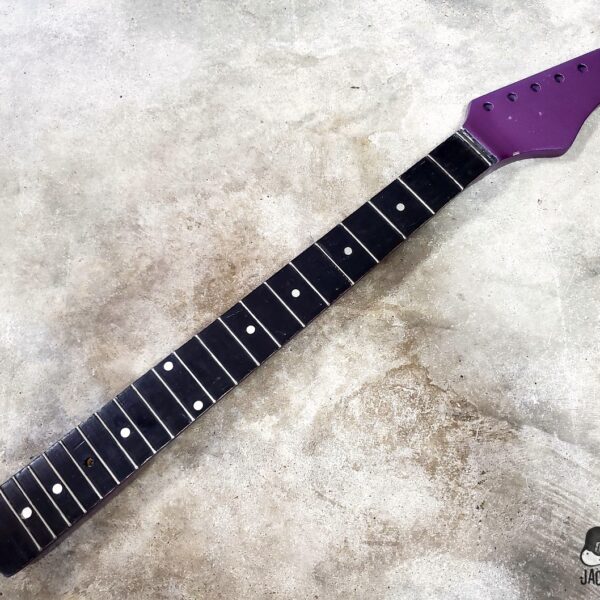 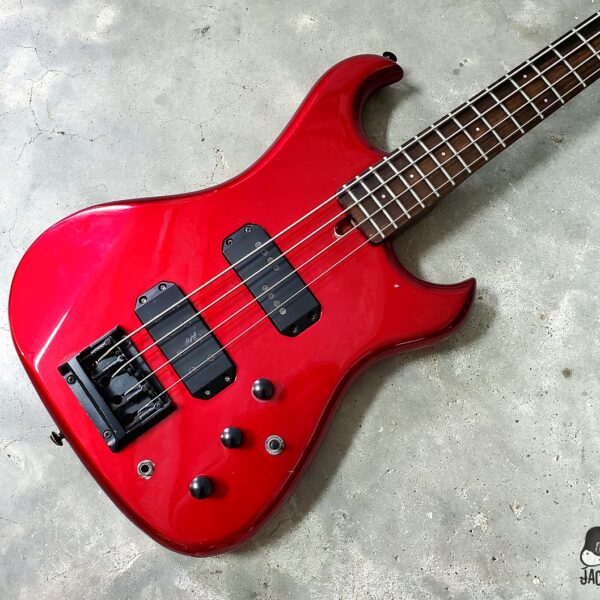 Here is a partscaster that came to me almost fully assembled, here is what I have been able to find out about it:

The body and neck were attached when I got it, and I assume they are both originally native to one another, but I cannot be sure. The body appears to be either Senn (Japanese ash) or poplar and the neck is maple with a rosewood fingerboard.

When I got the set, the headstock face had been sanded clean to bare wood, but when I looked really hard, I could see a “tan line” of the J.B. Player logo, or at least I think. It was suuuuper faint. To protect the front of the headstock, I refinished it in black, and I think it looks super clean with the rest of the guitar.

So, I think the body and neck might have originally been a J.B. Player lawsuit strat from late 70s. (Or the super early 1980s.) Much later in time, and they would not have been able to reproduce the Fender headstock dead on without legal repercussions. They were made in either Japan or Korea, as J.B. Players were made both places depending on the timeline from what I can tell from my research.

I don’t think the electronics are original to the body.  I suspect the pickups might actually be a Fender Tex Mex or similar set from the mid 1990s.  All the J.B. Players I found that are similar to this guitar had black pup covers and the back of these pickups look suspiciously like the back of the Mid-90s Tex Mex set, but they are not marked. The pups sound wonderful — crystal clear classic vintage strat tone.

The tuners are Allparts brand 10 mm Gotoh copies. The neck had a split by the low E tuner, but I resealed it with titebond, so it should be good as new now. The neck plate is Fender as well!

The action is great, and this is really a great playing little strat. Tremolo works wonderfully and is really responsive — the tremolo is from an early 2000s Fender import Strat. I replaced the old trem springs with new ones, so the tremolo doesn’t “float,” Georgie.

As always, I cleaned it up, polished the finish, oiled the board, flushed the electronics, changed the strings and set the action as low as I could.This guitar is proudly strung with Stringjoy Custom Guitar Strings, made right here in Nashville, TN. This guitar has no case or gig bag, but I pack my guitars tight and insure every package.

Get that sweet Fender Strat tone and looks without the price tag.  I guarantee this guitar sounds and plays better than any Fender MIM or Squire standard being made today.

Got questions? Shoot me a message, I love nerding out with other gearheads!

There are no reviews yet. 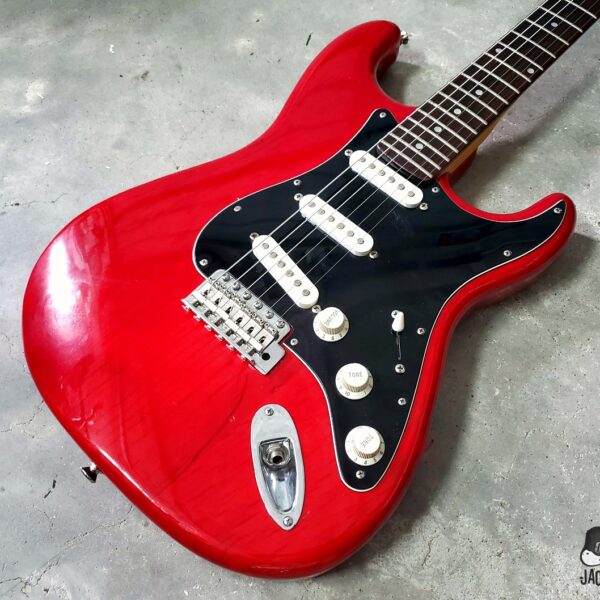