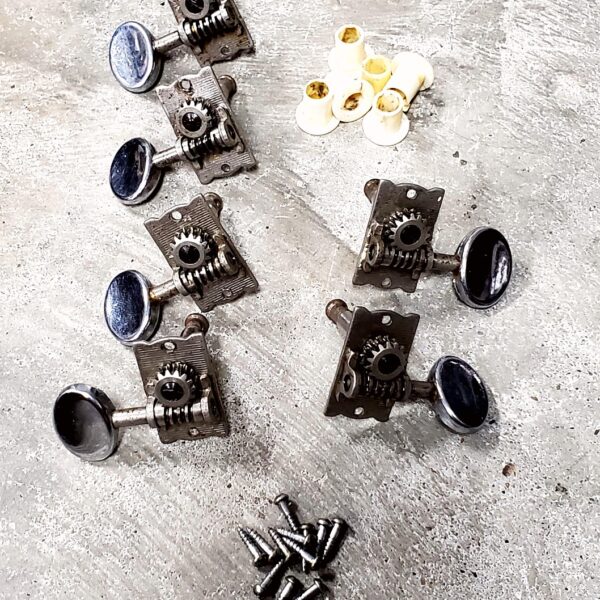 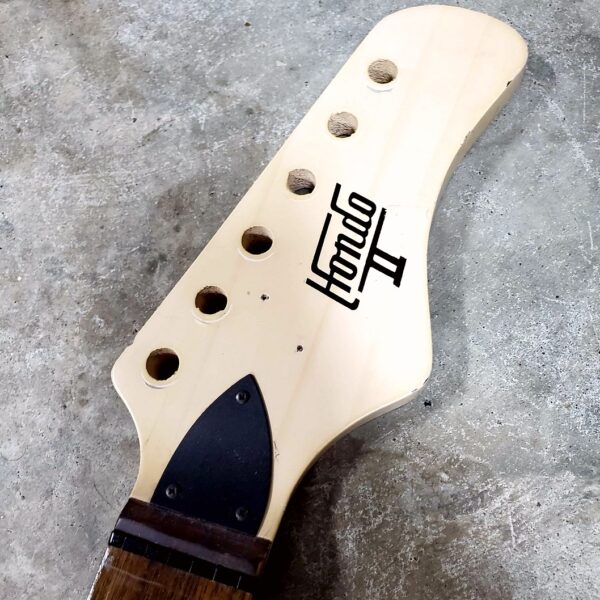 Here is a MIJ Teisco / Silvertone Neck for “Sharkfin” model. The scale is 25″ and It was made in Japan by Matsumoku in the late 1960s. This one was pulled from a Silvertone 1436.

The neck is tri-laminated 3pc. maple with a (presumably Brazilian) rosewood fingerboard. I recently oiled the fretboard with lemon oil. The frets have some wear, but probably have a little less than half of their life left.

The neck is backbowed slightly. The bow starts about the 5th-7th fret and is causing higher action in the higher register. I loosened the truss rod nut, but that only helped so much. It would most likely flatten out with a “heat set” but I had another neck for the project, so I decided to pass on that work and pass this neck along to you at a rock bottom price. (Pic of backbow included in gallery.) Due to this backbow issue, I will selling this neck “as described” and absolutely will not take a return on this item.

Great for a restoration, or a fun partscaster or cigar box build. The guitar that this one was pulled from is one of the highest caliber Teisco models that regularly pull down $700-$1000+ on Reverb, so this neck is a STEAL!

Got questions? Shoot me a message, I love nerding out with other gearheads!

There are no reviews yet.